Let’s make it a great year!!
Beginning in January, Book Carnival will be closed Monday AND Tuesday of each week. I will be taking some classes those days, through the end of June 2020. If there happens to be an event scheduled for a Tuesday, be assured the event will take place and I will be in attendance!
Remember, it’s always fun at the Carnival!
–Anne

Did you already add something to your cart? View your cart to continue checking out

NOUN: a covert state hidden with a government; a secret organization of high-level operatives; exerts control through manipulation and a culture of pain and fear.
It is entrenched; it is hidden; it is deadly. Who can you trust?
The White House Chief of Staff is dead, discovered collapsed in his home. Paramedics say it was a heart attack but somethings not right – and only his intern, Hayley Chill can see it. After her fears are dismissed by police, Hayley uncovers an organization buried in the furthest reaches of government and she has no way of knowing who to trust. There is a plot to assassinate the president. They know someone is onto them and soon they will know that it’s her. So Hayley must work like the Deep State.
NOTE: Chris has worked as screenwriter for all the major studios, but this is his first book. You are in for a treat!

Losing ground in his fight against post-traumatic claustrophobia, war veteran Peter Ash has no intention of ever getting on an airplane-until a grieving woman asks Peter to find her eight year old grandson. The woman’s daughter has been murdered. Erik, the dead daughter’s husband, is the sole suspect and he has taken his young son and fled to Iceland. Finding the boy becomes more complicated when, for reasons both unknown and unofficial, the U.S., government does not want him in Iceland. The police give Peter two days of sightseeing in Reykjavik while waiting for the first available seat home..and when they realize Peter isn’t going home until he accomplishes his mission, they start hunting him as well.
Note: Having read Nick’s first book THE DRIFTER which won three major awards, you are in for some serious reading pleasure.

Gordon Tilson is a lonely American
widower who has found solace in an online support group. He befriends a young Ghanaian widow, and when her sister is in a car accident, he sends her thousands of dollars to cover the hospital bill – to the horror of his son, Derek. And when Gordon runs off to Ghana to surprise his new love but disappears without a trace, Derek hurries overseas himself, fearful for his father’s safety. Frustrated by the lack of interest from the police, Derek turns to Emma Djan, the newest member of a private detective agency. The case of the missing American man will drag both Emma and Derek into a world of sakawa scams and corruption.
NOTE: This is a new series for Kwei and promises to be very intense!

Twelve conspirators meticulously plan to throw open all the gates to the prison that contains them, so that more than a thousand convicts may escape and pour into the nearby small town. The newly freed prisoners rape, murder and destroy the town – burning down homes and businesses. An immense search ensues, but the twelve who plotted it all get away. After two years, all efforts by the local and federal police agencies have been in vain. The mayor and city attorney meet, and Leah Hawkins, a six-foot, two-inch former star basketball player and resident good cop, is placed on sabbatical so that she can tour the country learning advanced police procedures. The sabbatical is merely a ruse, however, as her real job is to track the infamous twelve. And kill them.

Another gripping standalone by Tom Perry!

Jennifer married Jake in a whirlwind of Las Vegas romance; now exactly one year later she’s driving back to Sin City so she can file for divorce and write her loser husband out of her story for good. Her loser husband, meanwhile, is confirming his reputation with a string of bad decisions and missteps that ensure his life is sent spiraling out of his control.
Cue car chases, kidnapping, double crossing, triple crossing, death, vengeance plus some massively over-priced wedding dresses and you’ve got the blueprint for this hugely entertaining slice of cinematic noir that will leave you gasping and begging for more.

The start of something new by Jo Perry!


WATCH FOR THESE UPCOMING SIGNINGS

MARGARET DUMAS, Murder at the Palace

ALLISON BRENNAN, The Third To Die, in conversation with Wendy Heard

GREGG HURWITZ, Into The Fire

COLLEEN ADAIR FLIEDNER, In The Shadow of War(Historical fiction)

JOHN McMAHON, The Evil Men Do

MATTHEW QUIRK, Hour of the Assassin

BETTY WEBB, The Panda of Death


Please note that Book Carnival reports sales to the New York Times, Indiebound and SCIBA, which means that when you purchase your books here, it directly helps to promote your favorite authors.

These books will be in shortly after their release day and all will be signed, unless noted below….

BC has just acquired a beautiful collection of ZANE GREY (1/31/1872-10/23/1939) books – 70 in all – with matching covers. The books measure 7 3/4 inches high and 5 1/2 inches across with tan and red front and back covers; the spine is red and blue with gold lettering for the title and author. Most are unread, all are in perfect condition. Zane Grey was a much loved author of books depicting the west at an early time; many of his books were made into movies. This would make an awesome Christmas gift. For more details call 714-538-3210.

You are welcome to join – all you have to do is show up!!

Each time you shop at Book Carnival, a ticket for each book purchased will be dropped in a little basket on the front counter. There will be ten tickets drawn at the monthly book club meeting (that’s the last Wednesday of each month) and the winners’ names will be listed here. They can then stop by the store and choose which prize they want – first come, first served. The catch is the prizes will be wrapped in heavy brown paper and fastened with colorful patterned sticky tape that I just found! It could be something new, something old, nothing borrowed though!

This program has proved so popular with my customers, I have doubled the number of names drawn. We are now giving away TEN items! The drawing was held on Wednesday and the winners for December are: SHEILA GLOVER, MARIE LOMBARDI, BRIGITTE CHARLES, WENDY WITT, DIANE BENSON, JUDY ESTRIN, JENI CANSLER, BARBARA HOWE, SANDI MARPLE, FAITH MACNEAL.
You can stop by any time to pick up your prize. 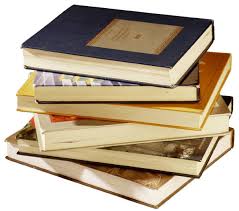 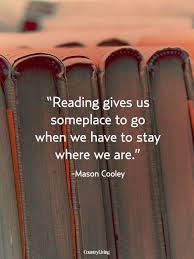 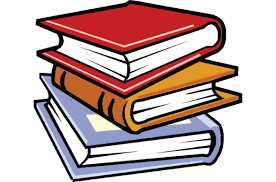